The Himalayan is the result of crossbreeding the Persian with a Siamese. 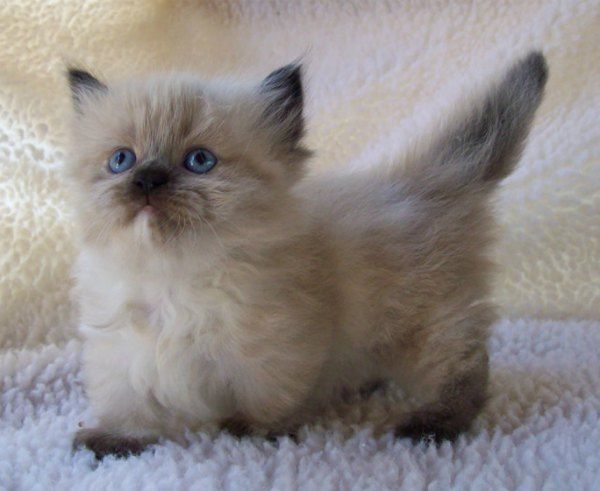 The Cat Fanciers Association considers the Himalayan a color variation of the Persian rather than it’s own breed.  However, they do get to compete in their own category.  The color was chosen due to the other Himalayan colored animals including the Himalayan Rabbit.

Due to their Persian origins, they tend to have a round body with short legs, meaning they cannot jump as high as most other cats.

There are 2 face types for the Himalayan, one being rounded, the other peke or more pointed, as is the case with other Persian and Persian crossbreeds.

Due to their Persian ancestry, the Himalayan can carry the gene that leads to Polytheistic Kidney Disease, be aware that when purchasing from a respected breeder this is unlikely to be a problem as the cats that carry the gene are spayed or neutered.

The Himalayan is generally a really sweet tempered, social cat, and because of the Siamese bloodline more active than a Persian.

Well suited to an indoor life, they are gentle and calm but do have a playful side as well.  Himmies as real fans call them often are excited to play fetch with a scrap of paper or cat toy.

They love affection and love being groomed. 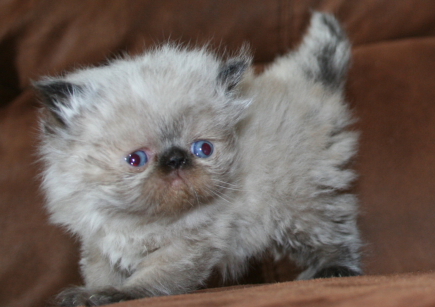 Sassy from the popular movie series Homeward Bound was a Himalayan cat.

Himalayan’s are often used in film and cartoon because they are simply adorable to look at and quite easy to train.

Martha Stewart is reported to own 3 Himalayan’s, all named after composers.

Colonel Meow entered the Guinness Book of World Records in 2014 for having the longest fur. 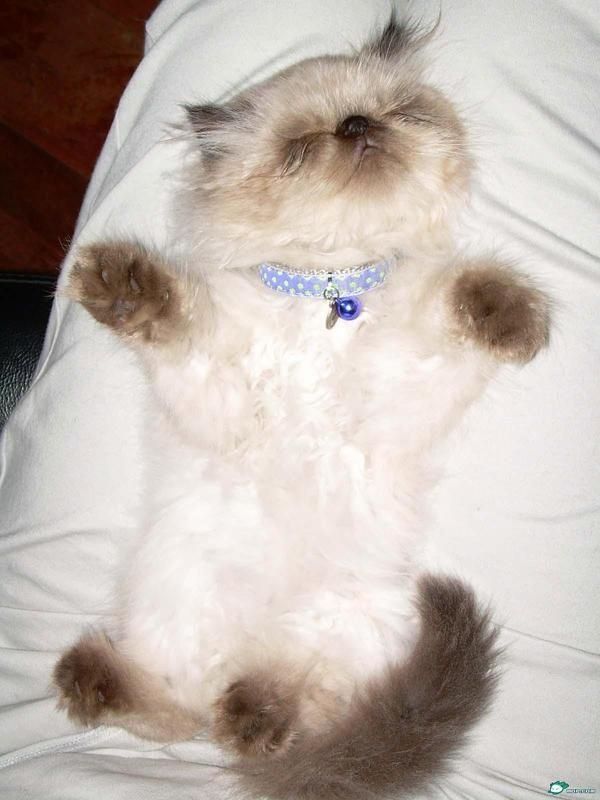 They need a good diet of high quality cat food, as well as raw meat.  It will cost around $12 per week to feed a Himalayan.

Kittens will often set you back around $300 for a pet, if you are looking for show quality or breeding quality expect to pay a a lot more.

Avoid wearing dark clothes with these, as white fur will get everywhere.

This breed is not particularly suited to young children, they are easily intimidated and stick fingers in their long fur is a nightmare.

Long haired cat’s need to be groomed daily to avoid matting and needing a vet appointment to groom them.

Best suited as a companion cat, these are not known for their mousing or protection abilities.