What do John Lennon, Sean Connery, and Theodore Roosevelt have in common?  You guessed it – they’re all cat lovers!

For many years there have been ‘gender issues’ about who should own what kind of pet – dogs for men, cats for women.  This is presumably because dogs are bigger and tougher and therefore more masculine while cats are smaller and gentler and seen as more feminine.

While this stereotype is not based on fact, studies have shown that overall there are personality differences between dog owners and cat owners – and it makes sense that whatever our gender, we will choose pets that complement our personality and lifestyle.  The more active and social amongst us might enjoy taking our dog to the doggy park, which provides exercise and social opportunities for owners and pets alike.  A quieter introvert living in a city apartment might find feline companionship more suitable and sensible.

Nevertheless, in general conversation you will find more and more men ‘coming out’ about being feline fanciers.   So what’s different about the man who loves cats and what does that say about him as dating material? 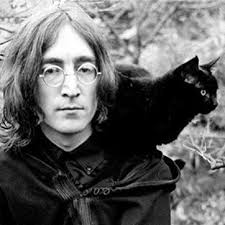 Here are 7 reasons to look a bit more closely at a cat-loving man. 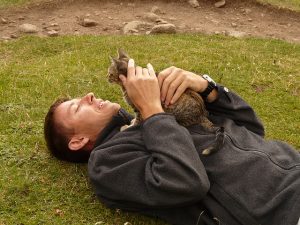 His love of cats probably extends to being a lover of all animals and while this doesn’t have to mean rescued pythons in every corner of the house and 3 formerly neglected horses in the backyard, it does show a general compassion for other living creatures, which is Human Being 101 – which is a good place to start.

Your cat-loving man probably marches to the beat of his own drum.  Just like his feline friend, he is his own person.  This means you can expect the unexpected, embrace spontaneity, take life as it comes and indulge in a little quirkiness from time to time, and he won’t batter an eyelid.  In fact, it will probably be one of the things he loves about you! 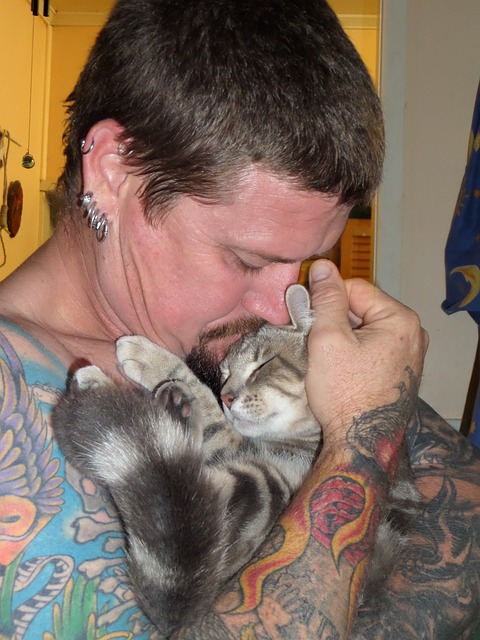 Unlike dogs that are pack animals and eager to learn to play by your rules, cats are solitary by nature and so don’t have any need to spend their lives trying to figure you out and altering their personality accordingly.  Let’s face it – cats are complicated, so a man who has let a cat into his life has already learnt that he doesn’t get it all his own way and is used to making allowances for another personality in his space. 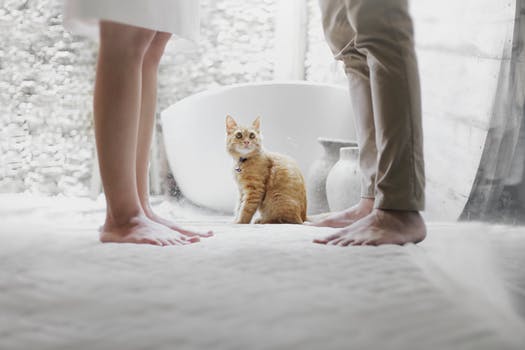 We all know that cats lead double lives – and they are clever about it, too.  When you’re watching, they’re your sweet, domesticated house pet, curled up in front of the fire or demanding nothing but the tastiest morsels as they rub insistently on your legs.  But when they cross that threshold to the outside world and are away from your watchful gaze, they enter a time-warp that takes them back to their wild cat ancestors.  They prowl their jungle, urban or otherwise and hunt, wander and defend their territories much more than you would ever imagine.  And they will come back when they are done – certainly not when you want them to.  The cat-loving man is also independent at heart and clearly appreciates this quality in others.  He understands the independent, wild and untameable ‘lion in his living room” so he’ll understand your wild side as well.

Let’s face it – who doesn’t love cat snuggles.  Cats are soft and warm and often even demand affection.  A man who is willing to show love and affection to his fur baby has probably learnt to show it to others in his life as well so you can expect lots of snuggles coming your way too.  You might even get a scratch behind the ears! 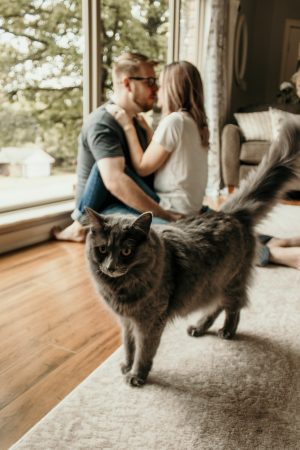 Cat lovers will often say that one of the things they like about cat ownership is that cats are clean – certainly cleaner than dogs – and having owned both over the years I can personally attest to this.  A dog delights in rolling in the dirt or getting drenched playing in the sprinkler then slips past you into the house, shakes off all over the furnishings, then your living room rug (or worse, your bed cover) becomes a doggy towel as he slides all over it drying off – antics that have their own special charm!  Cats, on the other hand, will enchantingly roll on the clean concrete to absorb the warmth of the sun, then groom before they come inside.  And all this before we even touch on elimination habits!  So chances are he likes things to be clean – a definite plus.

7. He has a sense of humour

Cats are funny.  Whether his feline friend is tiny and bouncing sideways chasing a toy, or an older cat that feigns dignity but peddles its paws while chasing a mouse in its dreams, he probably enjoys the funny side of the antics.  Laughter oils the wheels of all relationships – feline or human so, chances are your cat-loving man can see the funny side of life when it counts. 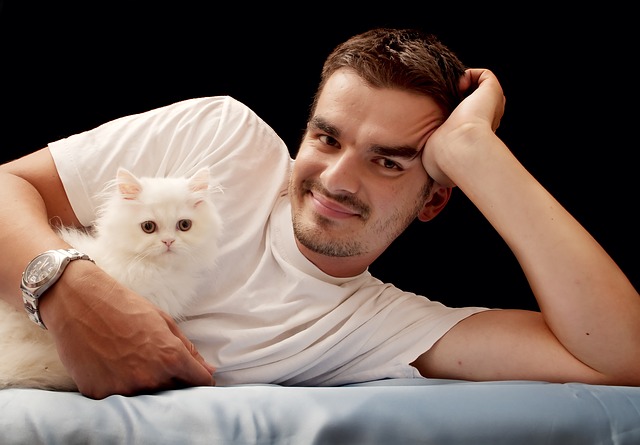 So there you have it.  If you’re still prowling the wild jungle for your Mr Right, first find out which non-humans he shares his life with for some valuable insights!

Comment below if you have found yourself a cat lover? 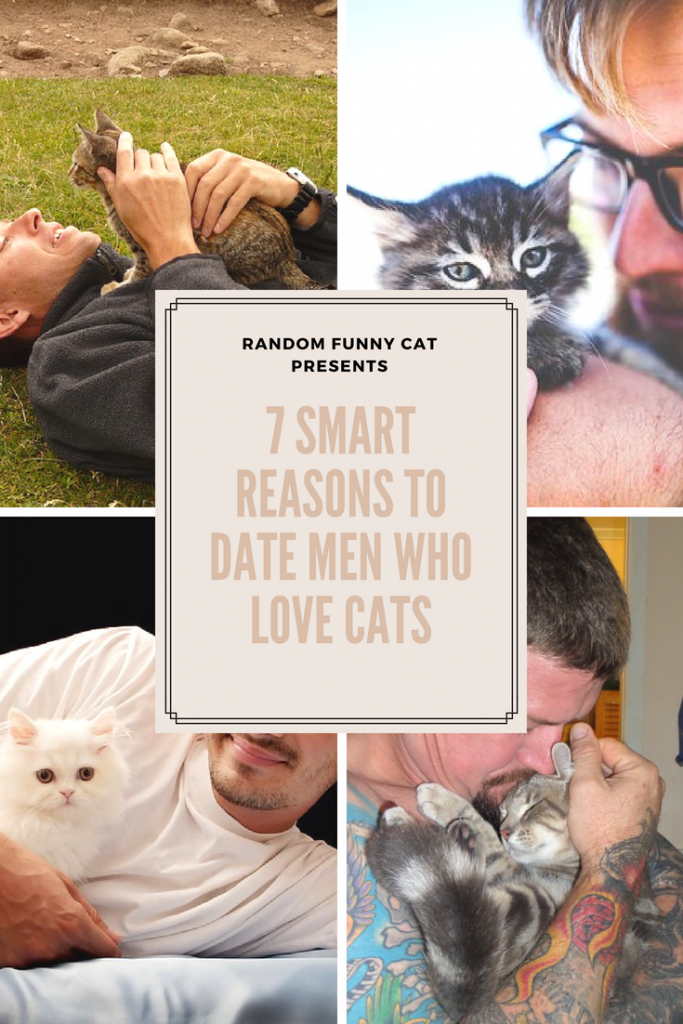 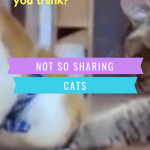