The internet is swamped with the viral cat vs cucumbers, so I collected the top 5 and put them in one place for you.

Why are cats scared of cucumbers though?  Do you think it is because they think it’s a snake, or maybe it is simply because it is something that appeared suddenly?

Why Are Cats AFRAID of CUCUMBERS? | What’s… by whatstrending

Cat experts and saying that videoing your cat getting scared is ultimately a form of torture, should you be scaring your car to make a funny video… I am not sure but the videos sure are funny.

Cats scared by cucumbers by mousa-dm25

I think as long as you are not doing it every day, and only try it once to see if your cat is the same as other cats, it will be fine.

Cats VS Cucumbers by hafaq684

I hope you have had your giggle for the day, please share the laughs…
. 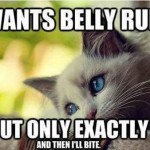 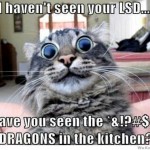